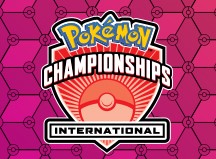 Hard to believe, but already almost two weeks have passed since the European International Championship.  I found a great compilation of many of the top decks from that tournament at limitlesstcg.com.  I aggregated the decklists of 22 of the top 28 decks and came up with a variety of interesting stats:

I’m going to attach my excel as a link and not embed it so you can play around with it yourselves if you’d like.  It also has tabs for the individual decks if you want to look at those: