January
January started immediately with a BANG and Xander Pero winning the Dallas Regional on the first day of the year with Mega Gardevoir. 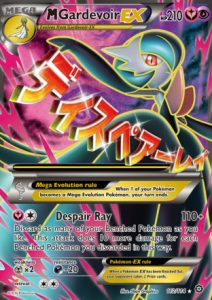 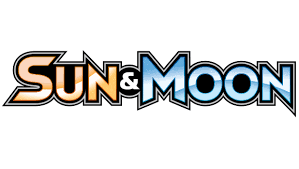 February 3: Sun and Moon base set is released. It introduces new GX Pokemon, which all have a new mechanic of an extremely powerful attack that can be used only once throughout the course of a game. New GX markers are used during a game to indicate whether or not a GX attack has been used yet.
February 18 Kenny Briton wins the Anaheim CA regionals with Darkrai EX.
Other decks in the top 8: Vespiquen Zoroark, Yveltal Garbodor, Darkrai EX, M Mewtwo Garbodor
Only 1 GX Pokemon is in the top 8 (Tauros at 5th) and only 7 of the top 32 decks carry even a single SUM Pokemon.
The most common Pokemon I went up against this month (in 370 matches): Darkrai EX 35, Garbodor 31, Oranguru 25, Tauros GX 25, M Mewtwo EX 25, Yveltal 24, Volcanion 24, Manaphy EX 21

March
Two weeks later in Sheffield England, despite hundreds of youtube videos extolling the greatness and dominance of GX Pokemon, the meta still seems to collectively fail to realize that GX Pokemon are standard legal. 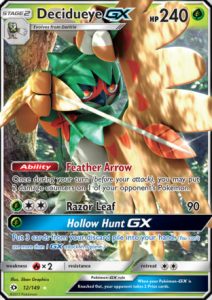 Goncalo Ferrera wins the tournament with Deciplume, but no other deck in the top eight carries even a single GX Pokemon.  I have to go to 23rd place before I can find a deck with a SUM Pokemon (Dragonair)… There is another Deciplume deck at 30th.
A week later at the International championships at Melbourne, the meta realizes that GX cards can actually be played as 5 Decidueye decks make the top eight.
Pedro Torres beats out Pablo “Tablemon” Meza for first place with Volcanion.
There was also another Darkrai EX and Volcanion deck in the top eight.
The most common Pokemon I went up against this month (in 347 matches): Tauros GX 56, Darkrai EX 36, Lurantis GX 33, Oranguru 33, Volcanion 25, Volcanion EX 23, Garbodor 23, Decidueye GX 22, M Mewtwo EX 21, Vileplume 20, Lapras GX 20, Yveltal 19, Umbreon GX 19, Giratina EX 18, Manaphy EX 18, Espeon GX 18. 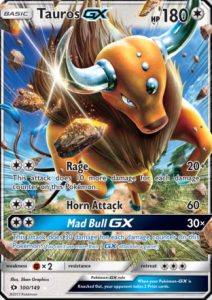 May
Sun and Moon 2 Guardians Rising is released on May 5. 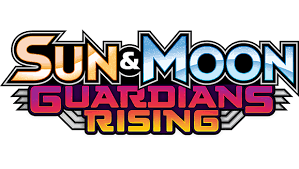 June
A week later, Michael Pramawat wins the Madison WI regional with Vespiquen Zoroark, barely beating out Chris Schemanski’s Metagross GX, the surprise of the tournament.
There is significantly more diversity this weekend with only one repeat deck in the top 8. Others were Volcanion, Drampa Zoroark, Espeon Garbodor, Deciplume Ninetales, and Buluvolt.
On the same day, the third of June, Birmingham England has a regionals as well. Alex Dao wins it with Gyarados.

July
There are no major tournaments. We all wildly speculate about the imminent set to be released in August, Burning Shadows, and two of its feature Pokemon Golisopod and Gardevoir. 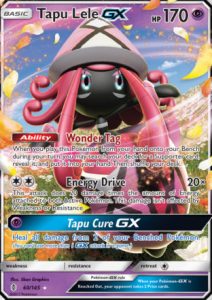 August
Diego Cassiraga wins the world championship with Gardevoir GX. Golisopod GX comes in second. Pokemon’s world championship match for the 2016 -2017 season is between two Pokemon that were not in existence for any tournament during that season. 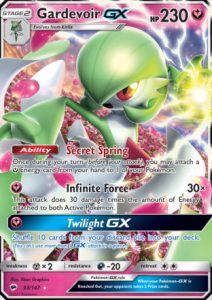 Other decks in the top 8: Espeon Garbodor, Golisopod Garbodor, Garbodor Necrozma, Drampa Garbodor.
There is also an open tournament that same weekend in the same location (Anaheim CA). Benjamin Pham wins that with Decitales.
Other decks in the top 8: Gardevoir, Greninja, Espeon Garb and Drampa Garb.
The month concludes with the customary rotation. Primal Clash, Roaring Skies, Ancient Origins, and Double Crisis leave the standard format.
Significant cards lost to rotation: VS Seeker, Forest of Giant Plants, Shaymin EX, Hex Maniac, Trainer’s Mail, Lysandre, Vileplume, Teammates, Double Dragon Energy, Mega Turbo
Significant cards unofficially lost to obsolescence: any card beginning with the word “Mega” and ending in “EX.”
I don’t track stats in August. This month is always a crazy mix of cards that are going to be rotated out and new cards to the format. Plus, it’s nice to take a little bit of a break from number crunching. 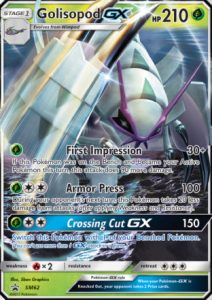 October
Shining Legends is released on October 6th. This is not a normal expansion but a special release. It consists of only 72 cards, about half of each of the first 3 SUM expansions. 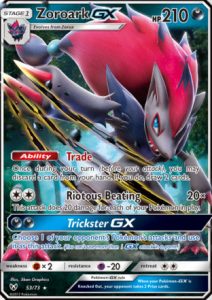 November
SUM 4, Crimson Invasion, is released on November 3rd.
The 751 number from Hartford would be surpassed a little more than a month later with the London International tournament. 781 players attended that event on November 17th. 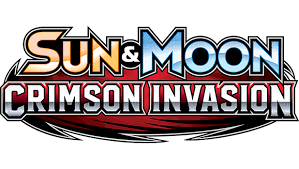 December
The Memphis regional on December 16th blows away every other tournament in the 2017 calendar year (except Indy) with 999 masters in attendance.
Michael Pramawat wins with Zoroark Lycanroc. 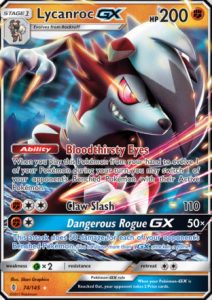