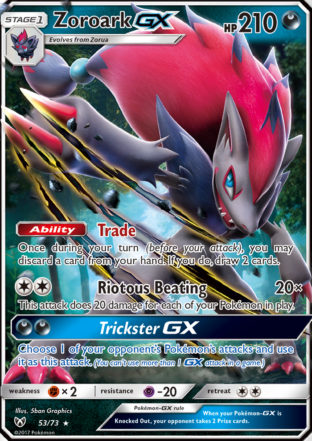 Over the past couple of days, we’ve looked at the top decks in London and broken down my stats from November (and the past three months overall) on PTCGO.  Logically, the next step involves analyzing and identifying weaknesses of the current meta and then rubbing the crystal ball and seeing what direction the meta might head in the next month or two.  The meta solidifies (even becomes “stale” by late January) at this time of the year as we begin to find optimal decklists for the various top tier Pokemon.  That makes this a very good time to objectively look at the current state of the card game and project what the game will be like over the next two months.

So here are my identified weaknesses:

That’s my analysis – undoubtedly, there’s stuff in there that’s not right … or at least won’t be reflective of the direction the meta moves in the immediate future.  If I have to put it in a top three, I would say that the three biggest things that will change post London would be the increased use of E Hammers, a return in the usage of Garbotoxin Garbodor, and a focus on single energy attachment attacks.