In preparation of the release of Ultra Prism, we decided to hold a “draft” as an exercise to determine which cards might be the most relevant. We looked for the 4 greatest Pokemon Card players in the land, and when they didn’t respond to our messages, we found Harvey, Mike, Juan, and FayID to take up the task.

Round 1 here
Round 2 here 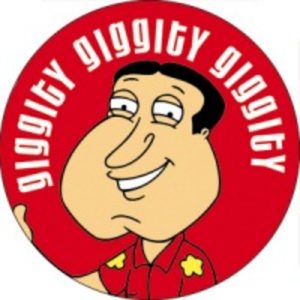 Mike: Is it me, or is the best use for Palpad with Disrupt/Mill Decks? Throw it in with Regigiggitty/Hoopa and the onslaught of energy removal and deck discarding replenishes. Might be good with Sylveon GX,so you can dig out the exact cards you need, if that’s your kind of thing. (It’s totally my kind of thing).

Juan: Pal Pad…sure Lusamine got her uses, but in all honesty: this card is going to help out a ton. Tossed one too many Guzmas into your discard pile? Pal Pad here to help. Running mill and want to recover more Grunts and Handiworks, but don’t wish to waste a turn on Lusamine? Yup, Pal Pad. I don’t recall ever using him in my builds back when it was in standard, or even in expanded all that much, but hey: good to have you back. Now I have the option to be just a tad bit more reckless with certain plays, and for everyone else: you’ll recycle your key Supporters (Garchomp players, you NEED Pal Pad in your build).

Harvey: Not sure how I wound up being the only one who likes Lusamine. I love how it ensures that I can get draw support later in the game. Plus, if you run two and you get one in the discard, you can pull out Lusamine with whatever draw card you want and have unlimited access to Supporters. You can just cycle Lusamine after Lusamine after Lusamine….

But Pal Pad! This is great, it’s been so long since we’ve had an Item card that lets us get Supporters out of the discard. I can’t remember the last time I used an Item card to pull a Supporter out of my discard, it’s been so long…. But I am old and have a bad memory. And you get two, count them, not one but TWO Supporters. And if you use Super Scoop Up like I do, you will probably get a chance to pick up one of your Leles at some point and use it again to go grab one of these Supporters.

It’s a one of, two at most, and it’s not as good as VS Seeker. Nobody’s running Trashalanche Garbodor anyway so let’s go back to the good ol’ days where we could go crazy with Items! Back to the days where Items were as plentiful as Trump jokes at the Grammys.

On a side note, we really are Item poor. There haven’t been many good Items to run in the past couple of sets. I’d like to see more and better Items (and Supporters too). It adds to the complexity of the game and makes it more interesting.

FayId: Would I prefer VS Seeker? Yeah. Is this a great card for Standard? Yeah. Does it increase the price of Lele? Yeah.

Mike: Garchomp was 6th overall on my list, but of course he got selected one pick before I went. (Story of my life with drafts, but that’s for another day.) This card is a bit overpowered, because 50 to any target for a DCE is pretty nice. But add a fighting energy and it can do 200 damage? Pairs nicely with Palpad, Cynthia, and Random Receiver, no? Could this be a deck that counters Glaceon GX?

Juan: For me, it makes me happy to see Garchomp getting some hype and love once more, since it’s been over a year since the Land Shark Pokemon was ever even considered a possible focal point for a deck-to-be (The EX slaying variant just cannot do anything against the now dominating GX mons, and the Mega version…he did not deserve such an awful attack cost at all, such is the way of the Dragon found in the TCG).

Anyways, what makes this particular Garchomp shine (aside from Royal Blades of course), is his partner Lucario with the Precognitive Aura ability: have a Garchomp out, and you essentially netted yourself a card of your choosing straight from the deck, once a turn, but not limited to solely one Lucario. You could have two or more out and effectively be in complete control of the game. Pretty much think of him as Gallade’s successor, except limited to Garchomp builds only. And that’s perfectly alright.

Back to Garchomp, it definitely helps to know that his pre-evolutions have access to Ascension, which almost certainly guarantees a turn two Garchomp (assuming you start second of course), and from there just hunt down your prey. And yes, you have the option to include Breakpoint’s Garchomp for the energy acceleration since he can accelerate DCE’s onto your Dragon Chomps to prepare them for combat next turn. As I mentioned earlier on, he will probably knock nobody out with Bite Off in this GX meta, but if you see yourself matched against Turbo Dark and Volcanion among other things, then that’s your cue to go in and reap those mons if you so desire. Again, totally optional.

So in short: this is going to be a strong rogue deck, and a very affordable deck indeed for the new players entering the game.

Harvey: I’ve got an article already written on Garchomp, I’ll release it next week. Two hundred (maybe 230) damage every turn without having to discard energy or wait a turn to attack! Sounds great right?

It’s not. Sorry guys but it’s just not going to be a top tier deck. If you take this to Collinsville, you’re only going to win four or five matches at most with it. It’s a LOT of evolutions with Lucario. You’re not going to be able to pull it off every turn. It’s a two attachment attacker. You can’t play any Supporter other than Cynthia. Garbodor and Greninja wreck it. It’s lactose intolerant (I’m not kidding – the Pokebeach translation said it was weak to dairy. Good thing there aren’t any milk types in the format right now). There are plenty of reasons to doubt that this will ever be anything more than a good deck to play on PTCGO when you need to do a thousand damage with a Dragon type to get 35 coins.

But then again I’m the guy who took Sylveon to NAIC last June.

FayId: Garchomp should be pretty stupidly strong. It is a future archetype for sure.
Also, pokemon is finally getting that dual energy type attacks are freaking worthless.

Mike: The obvious pairing for Luxray is Vikavolt, and it should be an easy deck to obtain since everyone and their mother already has that evolution chain by now. “Maaaaaa – stop playing BuluVolt!” It could be used on its own – forcing your opponent to go for 6 KOs, or maybe a secondary attacker with Bulu or Koko? Oh and the ability provides 30 less damage which helps it stay upright. Also I’ll have this band in my head when I play this deck.

Juan: Luxray I like: fantastic ability, a nice evolution line in Ultra Prism, and of course: Disconnect (via Shining Celebi). A Vikavolt Variant can totally be made if you wish you make him more offensive, but it’s probably going to be used for the Item Lock aspect of his pre-evo Luxio. Do consider adding Assault Vest should you focus more on disruption and the Lock more than the offensive side of Luxray himself. Can’t guarantee that you’ll be safe, but in a comment I made late last week about his ability, Intimidating Fang: Buzzwole cannot do damage to him with a single attachment alone. And if Luxray has the Vest on, not even a Strong Energy Boosted Jet Punch will do anything to him at. Only way Buzzwole’s going to be doing any damage is if he has on Fighting Fury Belt or Regirock, or perhaps both…and Luxray will still receive negligible damage, at least until Knuckle Impact sends him to the grave.

Other than that, construct your build with Volkner and the Evolutionary Advantage Shinx to quickly get him up asap. Can’t guarantee top tier status (best left for fun, casual games).

Harvey: So what exactly makes Luxio better than Noivern, and Noivern didn’t work. I get it that it’s a single attachment and its Colorless, but people just aren’t playing Items. I play Golisodor all the time (56 times this month) and Garbodor just isn’t worth playing until late in the game. Sorry, but this card just isn’t going to win you many games at Collinsville.

FayId: The Shinx you want to play. The last thing anyone wants to see is an alternate type Seismitoad. The good thing is that this line will require full evolution chains and items are less useful in standard generally. Won’t see play in expanded. Might see play along with Shining Celebi as a way to lock opponents out of items while getting the fat hit points.

Cool idea. Wonder just how practical it actually is.

Juan: Magnezone. Need I say more: He is the engine running MetalCrozma, the one that will have your Metal attackers up and running in a flash. Dusk Mane, Heatran, Dialga GX…everything’s set. What makes his stand out from his electric type counterpart? Well easy: he has a lot to work with his metal typing and then there’s Mt. Coronet: an easy two energies so long as you keep your stadiums out, so Lusamine might want to be considered in Dusk Mane to help keep your main objective afloat (though Starmie can absolutely cover that base).

Short review for him indeed, but what can be said about this Magnezone that hasn’t already been said. We all sung him praises at some point ever since his reveal months back: he was the key to the Metal typing’s revival in the meta. Just a few more days til the set finally drops.

Mike: I don’t think Magnezone is going to make a big impact. Why? The lightning version is still in standard, and how many times do you see that card being played?

Harvey: Oh Maggie I couldn’t have tried any more
You lured me away from home just to save you from being alone
You stole my heart and that’s what really hurt

Maybe those lyrics are apropos for Magnezone. I just feel like the whole Metalcrozma thing is just a big tease. It just almost seems like it’s too big not to fail. I said it in the Necrozma review, it’s just going to take too much to get it going and too much to keep it going.

And we have the exact same Magnezone for Lightning and it’s never done anything in the what almost two years that it’s been in the meta. Why would we think that a Metal Magnezone will be any different?

FayId: Magnezone — Has an actual partner in crime with Dusk Mane Necrozma. Not sure about the impact in Standard though. Kind of think it is overrated.