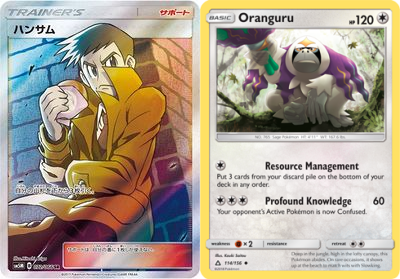 Mill decks have had it rough lately. A rotation or two ago there was a number of ways to build a non-traditional deck. Decks centered around Bunnelby, Houndoom, Durant, Wailord, Raticate, etc., with varying amounts of success. Additionally the meta was ripe for milling, stalling, disrupting, and generally being a jerk to your opponent. There weren’t that many ways to accelerate energy, and getting energy from the discard pile to your hand wasn’t as common. Heck for a time you couldn’t even get special energy from the discard pile. (That would have made Night March even more insufferable.)

In recent history there hasn’t been much to do about milling. Bunnelby is gone without a real replacement. Sure Houndoom is still standard, not that it was a great card to begin with. But with the million ways you can put more than one energy per turn milling and disrupting decks just can’t survive Vikavolt, Kiawe, Pichirisu, Electrode, Volcanion, Max Elixir, Xerneas, Rayquaza, Garchomp, Carbink, Darkrai GX, Registeel, etc. Today it seems if you’re not able to attach 5 energy and OHKO your opponent by turn 3, you might as well just pack things up.

Since the last rotation, the Pokemon Gods have done little to help out the milling community. Good cards rotated out without suitable replacements. Unless they plan on making a card that discards energy that can take a hit (a Raticate that doesn’t get KO’d from a stiff wind), or a card that can really absorb a punch (a Wailord GX with 300 HP), milling seemed pretty dead. The best two decks I’ve seen in the current meta are Heatmor/Raichu and Regigigas/Hoopa. But neither are as strong as their predecessors from previous eras. The former relies on having four or more components (Heatmor, Raichu, Victini, Devolution Spray), the latter only works against certain decks.

Fortunately with the release of Ultra Prism, milling is feasible again, at least for one deck.

If you’ve played MtG, this is similar to a Stasis deck. (Luckily I actually played this deck back in the day.) Basically it’s a stall deck where you lock your opponent, preventing them from attacking. Like Heatmor/Raichu, it prevents your opponent attacking due to paralysis, except this functions without the luck of a coin flip and extra cards needed. The mechanic is simple. Paralyze your opponent with Raichu, use Devolution Spray to put him back in your hand, and use Oranguru to put Devolution Spray + Looker on the bottom of your deck. Next turn use Looker to put Dev Spray, Looker, and a card of your choice into your hand. Unless your opponent can get out of paralysis multiple times, there’s no path to victory for them.

If you haven’t tried this deck yet, I urge you to because — what a powerful combo Oranguru/Looker is! It essentially gives you 3 cards of your choice into your hand. Other than Sylveon, I can’t think of another way to replicate this effect. Something like Gallade with Octillery might be close. Now throw in the fact that you’re pulling these three cards out of the discard bin. I have to wonder what else you could do with this mechanic? Could this be used in another deck where you play 3 item cards and you need them back the next turn. Hammers? Puzzle of time? Missing Clover? Healing?

To take advantage of the discard pile shopping, I’ve put 4 Sycamore in this deck, because you want cards in your discard pile! Usually you play Sycamore and hold your nose. Sure at times you lose nothing and thin out your deck. Other times you hope you’ll be able to retrieve those important cards (rare candies, special energies, Stage 2s, etc.) you Sycamore’d away. (Heck you know it’s a thing if you can use a noun as a verb.) What you have with Oranguru/Looker is a discard pile that isn’t the end — it’s the beginning. You actually want to Sycamore good cards (or better yet use good cards) so you can retrieve them later.

Additionally you’ll be able to counter nearly everything. I’ve had games where I kept using hammers until my opponent is out of energy. Garbotoxin isn’t a problem because you can bring back field blower as much as you want. There’s just 2 types of decks it auto-loses to: ability damage (Greninja/Decidueye) and ability to switch the active ‘mon (Solgaleo GX). If your friends dance with the poison frog, you could tech in promo Giratina . For the latter, be ready to shake hands in defeat.

That said this deck can beat everything else — I’ve taken down a handful of Tier 1 & 2 decks. (It also does well against tiers 3 through 82). Here’s an interesting note — so far I’ve yet to lose once I’ve established the lock. The big problem with this deck is time; it takes forever. If you want to grind through the ladder online, I don’t recommend using this. Unless you’re quick in playing, it may not be great for tournaments either, given the shorter time-span for matches. Nonetheless this is a powerful deck, and while I’m not sure if this is the best version, it’s the framework to a deck that could compete at the top level.