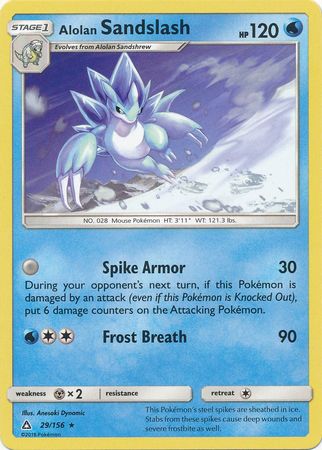 So if you’re an American, you’re well familiar that Donald Trump cleared the path for his presidency by coming up with nicknames for his opponents. The initial Republican favorite was Jeb Bush, the brother and son of former presidents. Trump labelled Jeb “No Energy”, the name stuck, and Jeb dropped in popularity like an eevee vs. a Buzzwole.

But in Pokemon, “No Energy” is just a gimmick. Decks that don’t require energy aren’t taken seriously, save for Wailord mill decks, which once placed second in the world championship. However I’ve come up with a no-energy deck, that fares pretty well.

For zero energy, you can do 30 damage, and if your opponent attacks back, they get another 60. That’s 90 damage for the finger counters at home. Now of course, my job is to ramp up that damage. So I added Bursting Balloons, Choice Bands, and Kukuis. With the first, the damage becomes 150, unless your opponent decides not to attack, and save themselves from 12 counters of pain. But then you’re hitting for 30 damage for free. The latter two add 30 or 20 damage (or both!), which puts this attack in the 50-80 range. And of course tack on 60 if they fight back.

So what to do with all that space that used to be energy? Why I put in energy removal! Is it really fair for my opponent to have energy if I don’t? That’s my philosophy. So Plumeria, Crushing Hammer, and Enhanced Hammer take up the spots that would normally go to energy.

But even this wasn’t enough for me…

Once during your turn (before your attack), you may flip a coin. If heads, put an Item card from your discard pile on top of your deck.

Now to really take it to another level, I’ve added Florges. So I’m able to get an item card every other turn, or every turn if I have two. So I can keep getting those Balloons and Hammers back into my deck/hand. With Florges, I found that it puts the item card on the top of your deck, so you want cards that will draw from there, so I have Oranguru and Octillery, as well as the aforementioned Kukui.

[Here’s a sidenote: if you don’t want the card in your hand, use Brooklet Hill before you draw cards, it’ll shuffle the deck, so you don’t have to draw that item card!]

Games against this deck make for odd situations. Often, your opponent will choose not to attack! Which is fine, because you can attack, and your attacks will keep stacking up. They’ll go through their Guzmas, but that’ll stunt their deck a few ways: unable to draw that turn, unable to target the right pokemon, still having to deal with the attacker, etc.

It works best against GX decks, because you’ll keep chipping away at their pokemon and their precious energy. Once you have Florges activated, this deck because a real pain. Unless they have Malamar or Volcanion, you have what could be described as infinite energy removal.

I highly recommend you giving this deck a spin — it’s super simple and cheap!