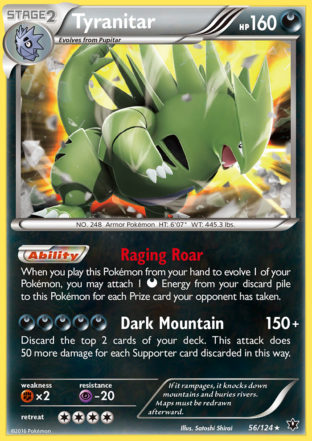 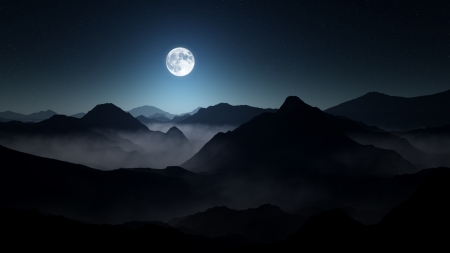 “Ever since we got here we have seen the Dark Mountain as a holy, mysterious place. We have
tremendous respect for everything that lives there, including the Great Creature. He has always
taken care of this place, so we must return the favor by protecting him. Outsiders think he is a
demon, a monster. But he is not. He has lived here for no one knows how long, and he is trying to
keep this place safe. We must also keep this place safe.” 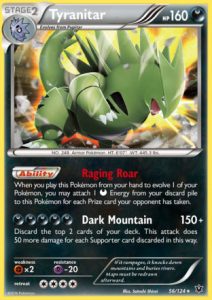 Tyranitar from Fates Collide is a simple card. It requires lots of energies, and it hits like a truck. It
also has nice hp, making him last two hits against cards like Zoroark-GX, Golisopod-GX, Salazzle
GX’s Heat Blast, Sylveon-GX, just to name a few.
Earlier in the format (2017-2018 standard) there wasn’t a convincing of powering him up quickly
enough to keep up with fast decks. With Celestial Storm, we got an amazing card for non-gx
Pokémon, Electrode-GX. 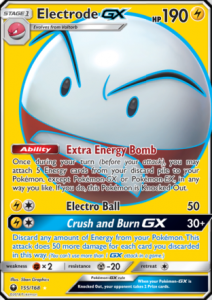 Electrode GX is a risky card, but the reward is great. With it’s ability it can attach up to FIVE
energies from your discard pile to any non-gx/ex pokemon in any way you like. They can be
special energies, basic energies of any kind.
This card synergizes well with Tyranitar. If you look at Tyranitar’s ability, Raging Roar, you will see
that the more prize cards your opponent has taken, the more powerful it becomes. At the same
time you will see that at the beginning of the game it is very weak, it being very difficult to charge
up your first Tyranitar. Electrode solves this problem, by charging up your first Tyranitar, and
making your opponent take 2 prizes immediately.
Now you might say- “hey, how will we put that many energies in the discard pile?”. Well, thanks to
some old and new cards, it will be eaaaaaasy

All of these cards, plus a lot of energies, will help you get your energies in the discard pile, which
you ideally want to achieve in the first 2 or 3 turns. After you EXTRA ENERGY BOMB your first
Tyranitar, the destruction starts.

With an staggering amount of 19 supporters in the deck, Dark Mountain will almost always hit at
least 1. If you need to KO your opponent’s metagross GX deck, Mrs. Mallow will help you. 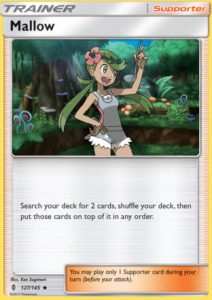 Mallow – Search your deck for two cards, shuffle your deck, then put
those cards on top of it in any order.
¡¡¡¡DARK MOUNTAIN FOR 250!!!!

Your ideal turn one is Brigette, energy to retreat into Alolan Vulpix, then Beacon for whatever you
are missing for your set up. That’s why we play 4 copies of Brigette. Tapu Lele can also find you
your turn one Brigette! 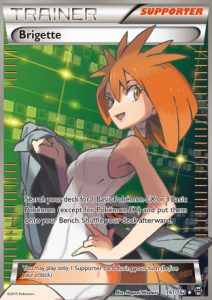 I will do a special mention for Sableye: I love this card. Sableye will help you discard your energies
for Extra Energy Bomb, thin cards off your deck, or check if you have a supporter coming in your
next card. Disable is also very useful! 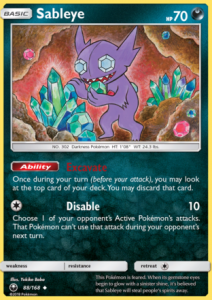 “Have you ever seen him, dad?”
“He only appears at night. He has a loud roar, and every step he takes feels like an earthquake.
We have never seen him.”

Editor’s note: Max and I played a couple of games where he featured this deck, you can find the matches here: