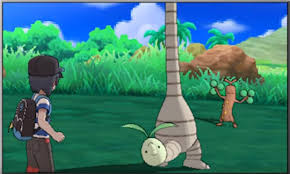 This is quite the odd review that I’m doing, given that technically this deck’s been out for over two months in Japan. Piloted by Takahiro Moriyama, Alolan Exeggutor wound up taking 4th place at the Champions League in Tokyo, which was a massive event indeed. And from the moment I heard about the results, I’ve kept this list bookmarked for when Lost Thunder finally came around overseas and needless to say, it was quite the interesting list to try out.

Just like my Ho-oh/Salazzle deck review, I feel comfortable with suggesting this list to a beginner in the game of Pokemon, especially since this list runs absolutely no Lele’s, which means your wallets and allowances are safe more or less (Ditto Prism Star might be a bit pricey, but I digress).

As for the deck itself, Lost Thunder gave Alolan Exeggutor the extra fire power that it needed to hit hard, hit viciously, and bounce back. Biggest testament to such praise: Last night I nearly won against Blacephalon/Naganadel. Had I brought out the Sunny Day Lurantis out I would have won that match altogether, but even without her I held on until the end.

Now at a glance some of you might already know what you’re getting yourselves into when playing this tropical-esque deck: you aren’t guaranteed a draw supporter at every turn or moment of the game. At 9 draw supporters, the deck relies heavily on cycling through your cards via three power new techs from our latest expansion.

For starters Shuckle’s Freshly Squeezed ability allows you to send any 3 basic energies from the deck to the discard pile. You are essentially upping your Exeggutor’s Tropical Shake to base 80 turn 1 without so much as using Ribombees or Zoroarks of any sorts. And his attack can be helpful when faced in a tight spot, given that it attaches 2 basic energies to any of your mons as you like. And we do run a sole copy of the Sceptile that blocks Ultra Beast damage when any ‘mon has a Grass energy attached. So against Blacephalons and Buzzwoles, if you were to accelerate energy at just the right time, Shuckle and possibly two Alolan Exeggutors can be saved by Sceptile’s Power of Nature, but you will rarely pull this off, but it is a strong option to have that can buy you time.

Then we have Net Ball, arguably the strongest Ball card for any Grass deck. This wonderfully designed card is ran at 4 for good reason: it can grab you a Basic Grass ‘mon or a Grass energy, and given that a certain card fetches you any Grass Pokemon straight from the deck, having a Net ball in hand can help lessen the chances of missing a turn of attack for the deck.

And finally, the magical card mentioned above is none other than Grovyle with the Sunshine Grace ability. This is a card that just helps get the ball rolling. Have out two of these bad boys and you’re thinning through your deck at a good pace, because with your Shuckle, your Net balls, and Grovyles, you’ll be upping the chance of drawing into much needed Supporters, Stadiums, and Choice Bands, while completing your benchline with attackers and all.

These three new additions to Alolan Exeggutor made all the difference, and Ditto Prism star is no exception to the rule either. Having that one Ditto become whatever you like means that you could have it become an Exeggutor, Lurantis, or Grovyle. Whatever it may be, you will have. And speaking of Lurantis, she’s great. Basically you’re hitting 170 while banded and if you have Shrine out you now reach 180, hence why Blacephalon isn’t exactly a complete death sentence for our dragon palm tree guy  (just remember to have FIVE basic energies of different typings in the discard. If you mess up on your maths against the wrong opponent, you will be punished, like when Thor didn’t go for Thanos’s head). But yes: this is a non-GX build for the most part so Shrine of Punishments is here, absolutely.

Now I will briefly touch on one odd card of the bunch, and that is Sceptile GX. Basically, he’s there in the off chance that you absolutely need him to hit certain numbers at certain scenarios, or to have a beefy Stage 2 to fight with in emergencies. He’s not terrible at all and I’d argue that he can definitely be good in a deck of his own. Mach Cut makes sure Zoroark doesn’t stomp on him and Leaf Cyclone can hit high damage against others, banded or not. This is a 1 of in the deck so try to figure out when you may have need of him and he won’t be a hindrance.

I only needed Sceptile GX once and that was against an opposing Shuckle GX: long story short, I’m glad I loaded up Grovyle once he Wrap GX’ed me. One Rescue Stretcher later and he came right out to end the game.

This has been a lot of info to take in, so I will be brief on the weaknesses of this deck. You will have games where you brick hard. Just not having a draw supporter can seal the game in the opponent’s favor and when that happens there’s no need to pout or get upset: these things happen. Sure one would be quick to bring Lele to the deck, and yes maybe Professor Elm’s Lecture in conjunction with Tapu Lele’s wonder tag can help get those Shuckle and Treeko and Exeggcute out sooner, but just take note of one thing: if your lele gets targeted, your opponent took two steps forward. And one of the painfulest ways to lose a game is when you take your second to last prize card and you believe yourself to be the victor, only to have a two prize card Guzma’ed onto the active to get knocked out. Lele is good, no questions asked. But if you are playing a non-GX deck, you want to have as many chances as possible to clench victory, and Lele can potentially do more harm than good here, but this is left up to you all that take up the list.

Oh, one suggestion: add a third Guzma to the deck. This can and should help out immensely. Lusamine is also an option to get back Shrine of Punishments and draws as well.

Overall, Alolan Exeggutor isn’t your super-fast setup deck, but once he’s up alongside his friends, equipped and in his ideal Stadium, he will deliver knockouts, tank hits, and knock out some more. I don’t know how long we’ll have this blissful period of Regular Pokemon cards competing against their GX counterparts, but with the way the company designed cards like the ones you’ve seen here in this deck, if this pattern is seen years from now, I feel that the future looks bright for the game.

For now, this palm tree’s future is looking sunny for a long while to come.  Give it a whirl!