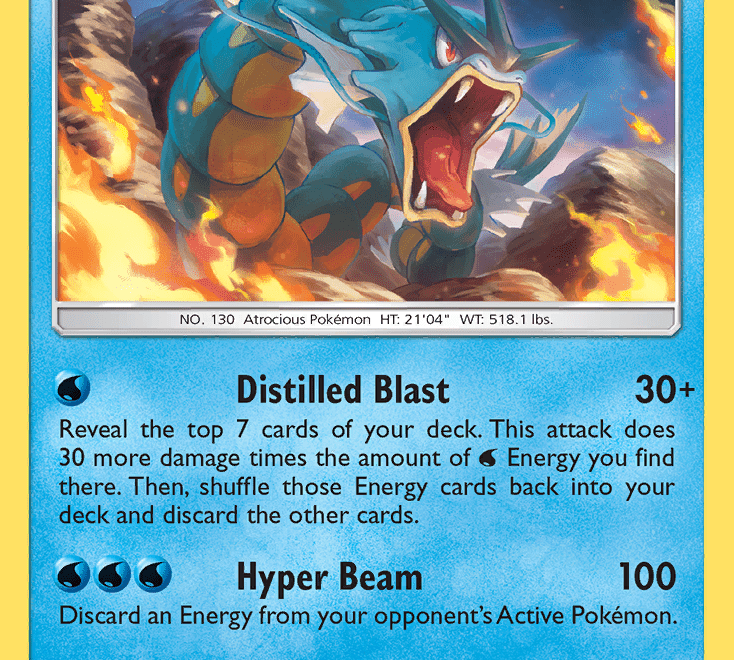 Gyarados TEU has done surprisingly well for me, I’ve actually gone 10 W 5 L with it, but 3 W 0 L with this exact decklist:

And the best part is that this deck will cost you only a couple of packs to put together on PTCGO!

But games do go pretty quickly, and there aren’t a whole lot of difficult decisions to make with this deck.  Sometimes it’s a simple attach energy, attack, take a prize card or two, so it’s also a good deck for beginners because it’s a pretty straight forward deck to play.

I’d definitely try it out, but realize that this is one of those decks that’s a little bit tough to play at first until you get the hang of it.  It reminds me of the Ancient Origins Full Retaliation Gyarados, though, that was intended to be a novelty deck but they made it too good.  This is very similar although I don’t think it’s quite as good but definitely worth spending a little bit of time on.